Circle of Illusion released their first symphonic-progressive-rock-concept-album on 9th of september 2013 by Generation Prog Records. An epic piece of music, which tells the story of „Jeremias – Foreshadow of Forgotten Realms“ which deals with the ambivalence of human emotion. Hence the borders between various progressive influences of the rock/metal genre, the jazz-funk-soul and the cinematic music get blurred. Moreover you are taken on a journey through the fantastic worlds of the subconscious of a cast-out and self-critical character.

With the lofty and complex kind of composition, instrumental virtuosity and an orchestral bandsound „Circle of Illusion“ enters new musical paths and is hence a must for all fans of progressive, classic as well as sophisticated rock-music. The band’s line up features Gerald Peter on keyboards, Rupert Träxler on guitar, Stephan Först on bass, Aaron Thier on drums as well as Ulrike Müllner on the e-violin. Taris Brown, Cara Cole and Elga Shafran are the lead vocals of Circle Of Illusion, who are representing the characters Jeremy, Jelena and Sarah of COI’s prog-rock-concept-album Jeremias.

About Circle of Illusion

In 2006 the keyboardist, arranger and composer Gerald Peter produced the demo record „Closing Doors“ with which his vision of a progressive rock-concept album was born. With „Closing Doors“ as his point of departure he has been working on the concept-album “Jeremias – Foreshadow of Forgotten Realms“ since 2008.
In 2009 he met the guitar player Rupert Träxler with whom he started the recordings of the guitar tracks. In 2010 he met the singer and writer Taris Brown with whom he worked on a solid story for the mentioned concept album. Gerald formed Circle of Illusion in 2011 with further 7 excellent musicians including Rupert Träxler on guitar, Stephan Först on bass, Aaron Thier on drums and Ulrike Müllner on the electric violin. Taris Brown, Cara Cole and Elgar Shafran provide the vocals for the voices of the prog opera’s Jeremy, Jelena and Sarah.

Gerald Peter from vienna, born in 1986 produced, arranged, composed and played the keys on the concept-album “Jeremias – Foreshadow of Forgotten Realms”. He founded Circle of Illusion in 2011. With this band he was able to realize his vision of creating a grand conceptual and unique opus. Gerald Peter was always passionate about music since he was a child. He had several teachers for piano (classical and jazz), attended many music- and jazz-workshops and has a lot of band experience as a keyboardist in different genres. He never studied music on conservatory or university. Gerald Peter is also active as a keyboard player in Inspirational Corner (Fusion). 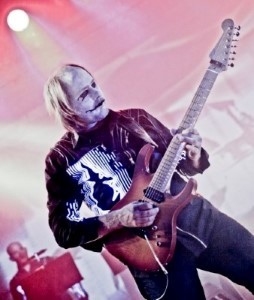 The experienced studio- and live-guitarist Rupert Träxler went through the classical education with the instruments piano, guitar and violin. Subsequently he majored in jazz-guitar. He creates his personal touch though a fusion of various styles, which he combines with his classical background and with technical finesse.

Drums are played by Aaron Thier , who has already made a name for himself in the international drummer scene by performing in various drum shows and workshops both in Austria and abroad. Moreover, he is an experienced studio-musician. He has worked with Gary Howard (Flying Pickets), Ewald Pfleger (Opus), Tamee Harrison, … 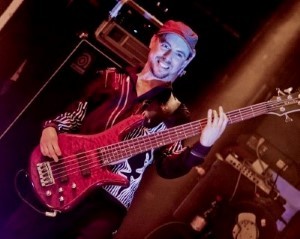 Stephan Först is a studied and experienced live/studio bass player, who is an irreplaceable part of the team. In the past he has worked with artists such as Alexander Göbel, Uwe Kröger and Erwin Kiennast. Moreover he has performed in international musical productions such as in the “Rocky Horror Picture Show” and “We Will Rock you”. 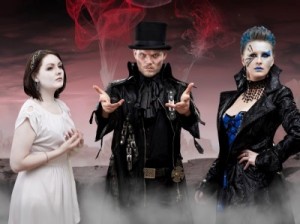 Taris Brown is the lead vocalist of Circle of Illusion. He also worked out the lyrics and the story of „Jeremias – Foreshadow of Forgotten Realms“, which takes the listener into the fantastic worlds of the subconscious of a castout and self-critical character. Moreover, he has years of experience in playing live in professional bands and musicals.

Elga Shafran (left) is besides participating in “Circle of Illusion” as a lead vocalist, a gifted piano player, student of classical piano and a solo-artist performing her own compositions (see Olga Sche).

Cara Cole’s (right) musical way let her cross the path of many wonderful musicians and she experienced staging and singing with a lot of different bands. Searching for new musical challenges she met “Circle of Illusion” and fell instantly in love. 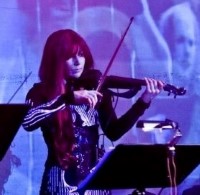